Medicine and Miracles in the High Desert: My Life Among the Navajo

The Scientific and Medical Network 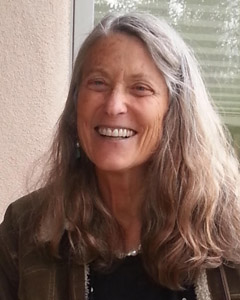 Erica Elliott is a medical doctor with a busy private practice in Santa Fe, New Mexico. A true adventurer, she has lived and worked around the world. She served as a teacher for Indigenous children on the Navajo Reservation in Arizona and in the mountains of Ecuador.

In 1976, she was the first American woman to climb Aconcagua, the highest mountain in the western hemisphere. She taught rock climbing and mountaineering for Outward Bound and, after her first year of medical school, she led an all-women’s expedition to the top of Denali in Alaska.

In 1993, Erica helped found The Commons, a cohousing community in Santa Fe where she raised her son and continues to live. She gave a TEDx talk about living in cohousing. Referred to affectionately as “the Health Detective,” she treats mysterious and difficult-to-diagnose illnesses at her clinic within The Commons. Erica is a frequent radio guest and has given workshops at various venues, including Esalen and Omega Institute.

Erica Elliott’s memoir is about her colorful journey far off the beaten path in pursuit of the true purpose and meaning of her life.

Her life begins as an exciting adventure, a general’s daughter stationed in Europe, with Swiss roots on her mother’s side. She was at home early on in foreign cultures, so returning to the US for college presented its own culture shock.

By chance, Erica ended up at a radically experimental college and came face to face with the 1960s in America. Swept away by the times, Erica lost her footing and, in the process found the guide she had always longed for to help her explore her complex inner world. From her awakening and self-understanding came the first seeds of compassion that became one of the hallmarks of her life.

Upon graduation, she headed west to teach school on the Navajo reservation at Canyon de Chelly on Arizona. There she learned to speak the language and was accepted into the life and culture of the native people. Few people have been permitted to experience the Navajo culture, religious ceremonies, and day-to-day life in the same way as Erica did, a way of life that has now mostly passed into history. After teaching she further immersed herself in the culture and became a sheepherder with a Navajo family that was living traditionally, outside of modern time. Erica had no choice but to speak the native language because English wasn’t spoken there. Accepted into the family, they believed that she would marry into it, and spend the rest of her days with them.

But wider horizons were calling, and Erica’s curiosity was drawing her to new lands and deeper understanding of other indigenous cultures. After a heartbreaking departure from the people who had never expected her to leave, she joined the Peace Corps and headed to Ecuador. She served high in the Andes where she taught the Quechua-speaking Indian children to speak Spanish. While she was in Ecuador, she convinced an all men’s climbing club in Quito to accept her into their group and teach her how to climb big mountains. During that time she climbed many formidable mountains, including the highest mountain in the western hemisphere and a first ascent on a peak that was subsequently given her name. She learned valuable lessons about pushing beyond her imagined limitations, lessons about not giving up, about putting one foot in front of the other in times of crushing fatigue, fear and doubt. The skills she learned in the mountains became the foundation for succeeding in the travails that life was to bring her way.

While in Ecuador, Erica experienced the joy of helping people heal, simply by distributing the contents of her first aid kit to the ill children brought to her by their parents. When Erica returned to the US she felt medicine was her destiny. Against all odds—age, gender, and lack of money—Erica was accepted on a full scholarship to medical school. Drawing on lessons she learned climbing mountains in Ecuador, she pushed through medical school with the same drive that had led her up towering peaks.

Erica excelled in her medical training. She became a well-respected conventional, mainstream family practice doctor. Caught up in the current of mainstream medicine and the world of pharmaceuticals, Erica lost her way, no longer heeding the call of her soul.

After a few years, a serious illness derailed her life and knocked her off the golden path. The chronic illness was related to on-going exposures to toxic chemicals in the clinic where she worked. Her medical condition was part of a rapidly emerging problem of our modern times, but poorly understood, with no known cure. Conventional medicine approached the problem by giving drugs to address each of the symptoms—an approach which often caused the symptoms to worsen. In her pursuit of wellness, Erica dove deeply into the world of environmental medicine and learned some important pieces of the health puzzle that were totally absent in her medical training. Ultimately she used what she learned to facilitate the healing of her patients in her private practice. She became highly sought after in her field.

After recovering from her initial illness, Erica experienced a reprieve with years of wellbeing. But there was more suffering and heartbreak in store for her—unspeakable suffering related to complications after being violently struck by a snowboarder on a mountain slope. Going through the fire of tremendous loss and pain transformed Erica. The suffering cracked her open in a big way, stripping her of her ego, her judgments, her need to be right, and flooded her with love and compassion and an ability to find joy in the most unlikely of places and in spite of it all. Hers is the inspiring story of the wounded healer.